Sarah Daignault worked in the educational and non-profit worlds before retiring to Portland, Maine. She has served as an Executive Director and a Chief Financial Officer, and she taught at Teachers College in New York City. Sarah has served on a number of Boards as Treasurer and as the Board President. Since moving to Maine, she joined the Board of the Locker Project where she currently serves as President. In her spare time Sarah loves to practice yoga and play golf and tennis.

Alison Gibbs spent several years in the fields of journalism and corporate communications, working for news outlets such as NPR affiliate WBUR, CNBC, and Time Inc. and for firms including Bank of America and Public Consulting Group, before pursuing a personal passion in arts administration. She served for three years as Marketing Director of the Ogunquit Museum of American Art and became increasingly interested in the intersection of the arts and community service. Since 2019, she’s been the Gallery and Communications Manager at LA Arts, the arts agency of Lewiston and Auburn. In this role, she works with the LA Arts Board of Directors to engage and inspire a vibrant community through arts and culture. Alison holds a BA in Economics and French Literature from Duke University and an MA from the Fletcher School of Law and Diplomacy at Tufts University. She lives in Portland with her husband, daughter and two rescue pups.

Kate Howe is an award-winning designer and brand strategist. She leads creative and strategy at Better Yet Studio, with a focus on translating user-centered insights into delightful and impactful communications for socially oriented organizations. As Head of Graphic Design for the NYC Dept. of Design & Construction, she led and expanded the biggest communication design group within the City of New York. Since relocating to Maine, Kate has led brand strategy and communications efforts for Maine’s forest industry, as well as other civic and cultural initiatives. Kate holds a BA in Economics & Political Science from Columbia University, an MFA in Graphic Design from Yale University, and has been published in the New York Times. Honors include the SEGD Sylvia Harris Public Service Award. 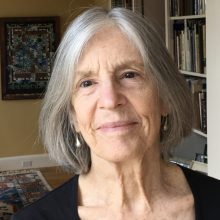 Alice Spencer is a painter and print maker. Her work has been shown throughout New England and abroad. She has served on the boards of the Maine College of Art, Greater Portland Landmarks and the Waynflete School as well on as on the advisory boards of SPACE Gallery and Safe Space Radio. A founder of the Peregrine Press, a printmaking cooperative in Portland, she has taught printmaking at the Haystack School of Crafts, MECA’s Continuing Studies Program and in Tanzania and Mongolia. She served for 15 years on the City of Portland Public Art Committee, 12 years as its chair, and chaired the committee that wrote the city’s guidelines for temporary public art. In 2009 Spencer received the statewide Art Honors award for Leadership in the Arts and, in 2018, an honorary doctorate, both from the Maine College of Art. Spencer is the founder of TEMPOart and its first chair.

Click here for more information on Alice’s involvement with Public Art in Portland. 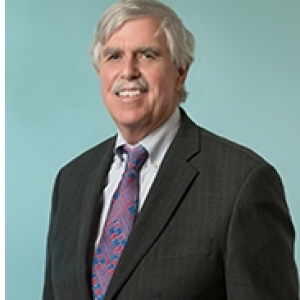 Dick Spencer is an attorney with Drummond Woodsum and MacMahon in Portland specializing in land conservation, municipal law and public finance. He served in the state legislature where he chaired the House Judiciary Committee. Dick is a founder of Portland Trails and the Rangeley Lakes Heritage Trust.