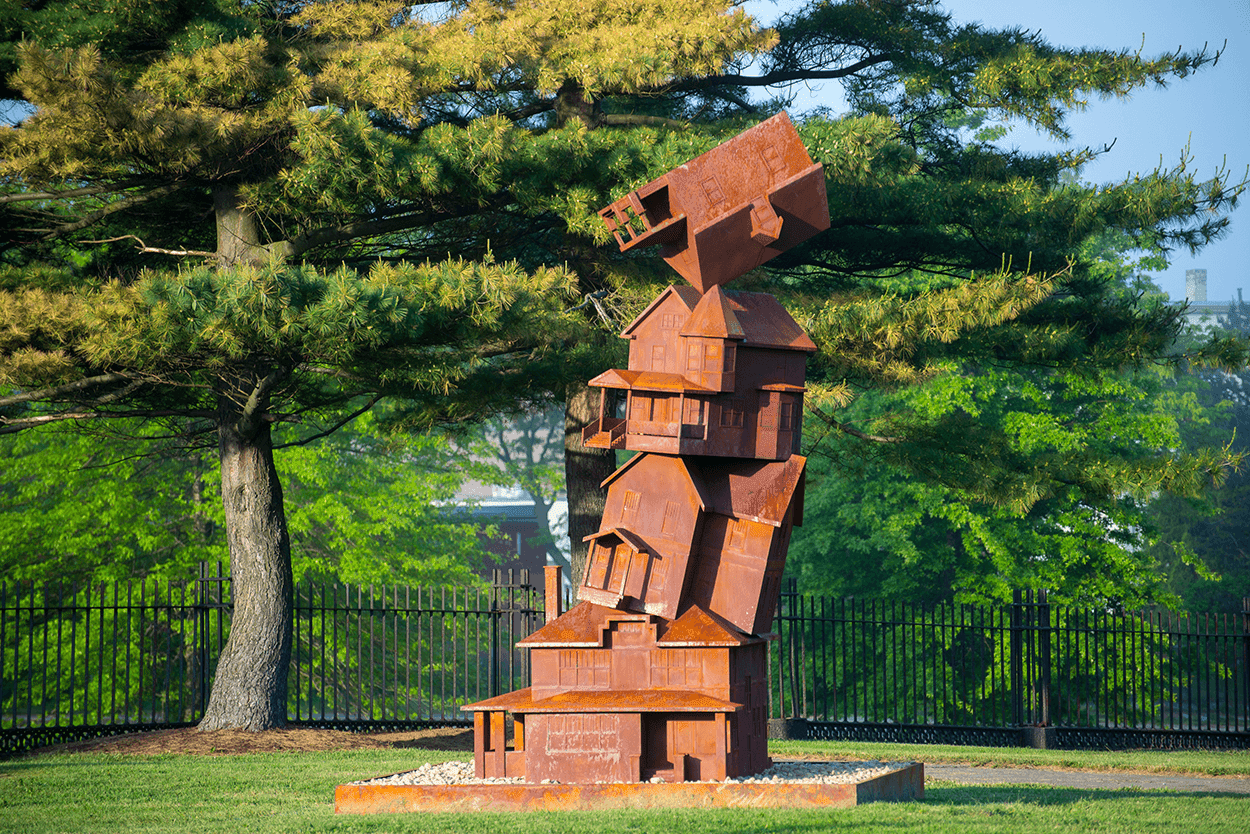 The American Dream, was installed at the corner of Congress and Franklin Streets in Summer 2016. Hoffman created the large-scale sculpture based on the Sears Kit Homes from the early 1900s, exploring the notion of the “American Dream home.”

Judith Hoffman’s work “explores our elemental need for a secure sense of home, whether permanent or ephemeral, embodied in the spaces, communities and structures within which we live” (artist’s website). Get more info about the artist and her work.

If you work hard with honesty, kindness, and responsibility towards others, you can achieve an ideal of personal autonomy still rooted in community. I believe that this ideal is most recognizably embodied in the freestanding, single-family home. That being said, at different points in history the idea and reality of “home” has had different meanings for Americans. What has however been consistent is the relationship between the individual and society that “home” represents.

My work engages this relationship—and the potential tensions it has historically created—by exploring the importance of the single-family house to the “American Dream.” I believe the single-family home is in many ways the most recognizable icon of the American Dream because it simultaneously represents the achievement of both financial independence, and socio-economic belonging.

This irony fascinates me: what does it say about America that private home ownership translates into higher public standing? How does a society that so highly values the material gain embodied in home ownership transcend self-interest and become community? By stacking single-family homes in a vertical totem, I intend to provoke questions about how the American dream home both founded and fractured American communities.

In Northwest American Native societies, the totem is a critical symbol of societal cohesion—it is literally the central point of the community’s physical geography. And it represents “home” through strong identification with shared heredity and kinship (both biological and mythological). By stacking emblems of private achievement in totemic sculptural form, and displaying that sculpture in a public space, I want to raise questions about the fluid meaning of home and belonging, questions that hopefully resonate with the Portland community as it negotiates its own demographic and economic transitions in the 21st century.

Hoffman was selected by TEMPOart with the assistance of curator Sean Foley as the program’s inaugural artist for the 2016 exhibit in Lincoln Park.  TEMPOart appointed Foley to spearhead the artist selection process and to help bring the project to fruition. Formerly the head of the painting department at Maine College of Art, Foley now teaches at The College of the Atlantic and also works as a freelance curator. Read more about his work and practice.

Take a look behind the scenes to see the process of turning a public space into interactive art. 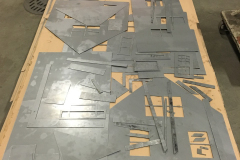 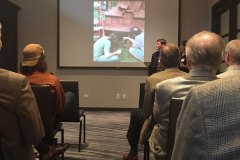 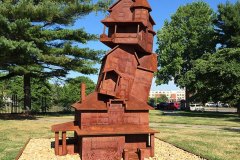 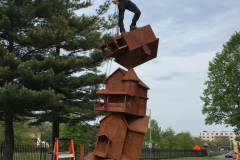 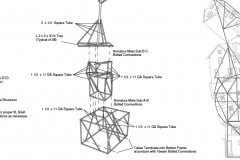 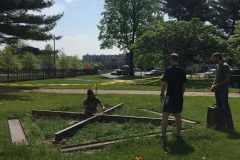 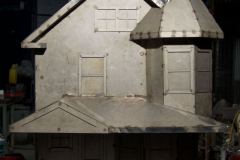 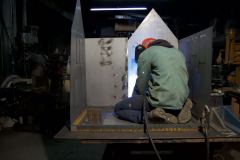 Watch Portland Media Center’s video for an introduction to how TEMPOart was born and how the inaugural project The American Dream unfolded, via Lesley MacVane’s wonderful exchange with Alice Spencer, board member; Sean Foley, curator; Ziggy Drozdowski, engineer; and Judith Hoffman, artist. 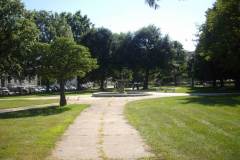 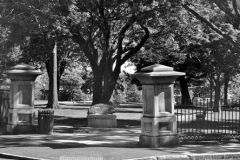 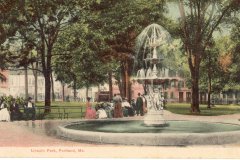 Lincoln Park, is a landmark site, urban oasis, and scene of public gatherings. Built as a fire break after Portland’s Great Fire of 1866, Lincoln Park was first named Phoenix Square for the legendary bird that, like Portland, rose from the ashes. Shortly afterwards, it was dedicated to the memory of Abraham Lincoln and renamed. Within sight of City Hall, the Federal and Cumberland County Courthouses, Lincoln Park marks Portland’s civic center. The scene of Sunday promenades and farmers’ markets in the early 1900s, the park fell into disrepair in the 1960s; however, historic features such as decorative iron fencing, granite pillars and a circular iron fountain remain.

Lincoln Park is located at the nexus of Congress Street, Portland’s main thoroughfare, and Franklin Street, a four-lane highway that sliced the city in two in the 1970s and is now slated for a major transformation. Portland’s Departments of Public Works and Planning are currently developing a vision of Franklin Street as a “vibrant urban corridor that serves as both an attractive gateway to the city and connects neighborhoods, the waterfront and Interstate 295…enhanc[ing] the urban fabric of the city through the mixed-use development of residential, commercial and recreational space amid attractive streetscapes.”

Pictured at top: The American Dream, by Judith Hoffman (2016)