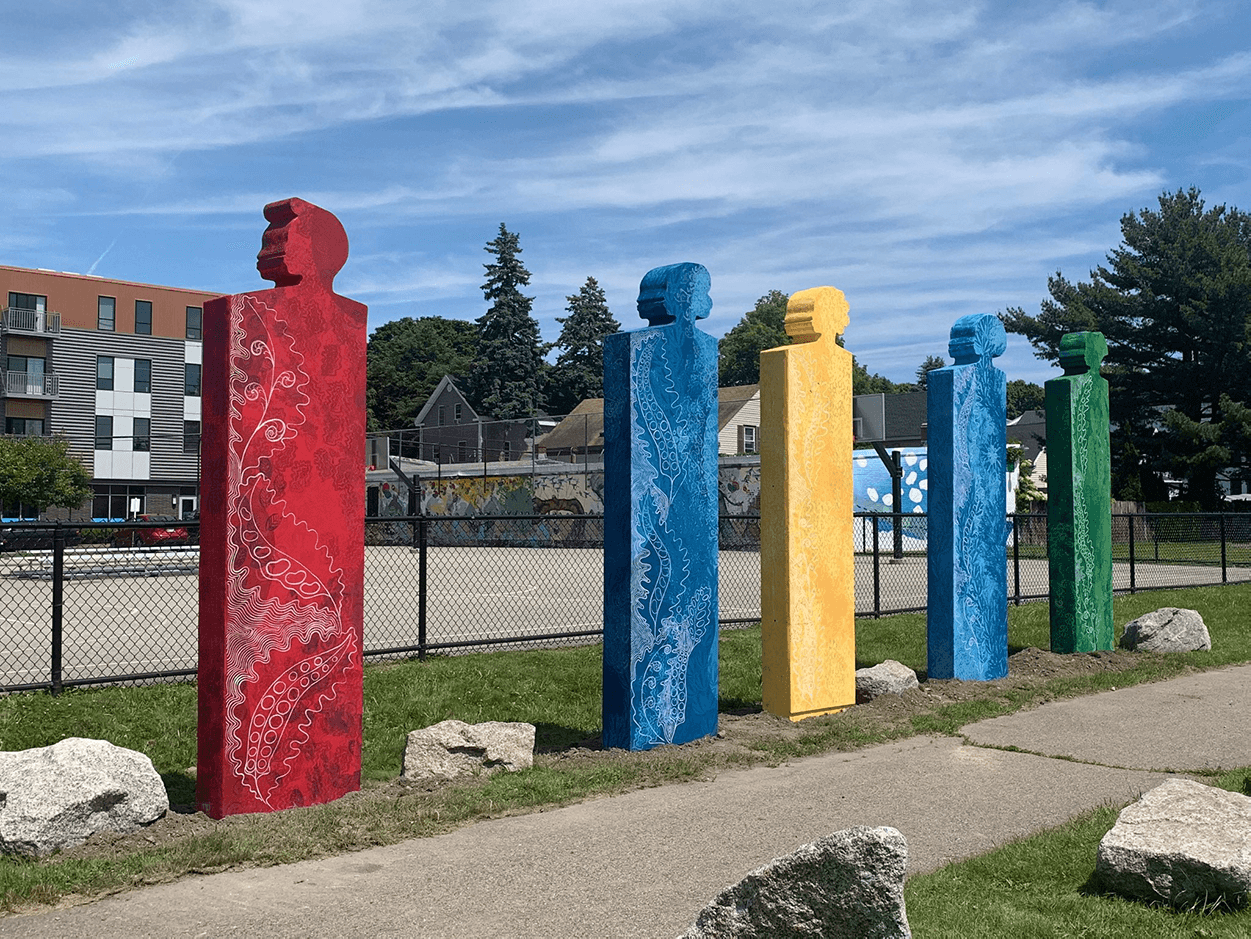 In the summer of 2019, TEMPOart commissioned Daniel Minter, a Portland-based artist known for his work in painting and sculpture, and co-founder of the Indigo Arts Alliance, to explore the relationship between public art and culinary diplomacy. Through a series of monumental wood sculptures titled Mother’s Garden, Minter’s project addresses the cultural traditions and food of the African Diaspora and recent immigrants to Portland.

Daniel Minter is an American artist known for his work in the mediums of painting and assemblage. He is a visual storyteller and accomplished illustrator. Minter’s artwork reflects abiding themes of displacement and diaspora; ordinary/extraordinary blackness; spirituality in the Afro-Atlantic world; and the (re)creation of meanings of home. Minter’s paintings, carvings, block prints, and sculptures have been exhibited both nationally and internationally at galleries and museums. He is the co-founder and creative visionary of the Portland Freedom Trail, a system of granite and bronze markers that constitutes a permanent walking trail highlighting the people, places, and events associated with the anti-slavery movement in Portland. Minter’s work also marks the Malaga Island Trail which remembers the Black, European and Native American residents of the island who were forcibly removed by the state of Maine in 1912. He has illustrated over a dozen children’s books and commissioned twice to create Kwanzaa stamps for the U.S. Postal Service. Minter teaches at the Maine College of Art.  Learn more about the artist and his work.

In concert with Minter’s installation, Anna Ackerman of World to Table matched chefs from Portland’s New-Mainer community with chefs from Portland’s blossoming restaurant scene to create menus for three public meals at the project site. Representatives of Portland’s communities were invited to share meals in a uniquely beautiful outdoor setting. Community members signed up to be entered in to a lottery for a free seat.

The program of outdoor public art and culinary diplomacy was designed to bring together Portland’s diverse populations through an inspiring sculptural installation and community meals. Local non-profits conducted youth programs in art, writing and food exploring the food cultures of their countries of origin and their new Portland home.

In partnership with Portland Trails, the site is a green space near the trail at Kennedy Field in East Bayside, an area experiencing a rapid cultural transition emblematic of the city at large. The most diverse community in all of Maine, the East Bayside neighborhood is bound on the west by Franklin Avenue, on the east by Washington Avenue, on the north by Marginal Way and on the southern side by Congress Street.

Events included:
A COMMUNITY PAINTING PARTY where people could help Daniel Minter finish up his sculptures for installation day. It featured entertainment and inspiration by: Kesho Wazo, African Dundada, and Viva.

A RECEPTION with Daniel Minter and our featured chefs at Cove St Gallery. 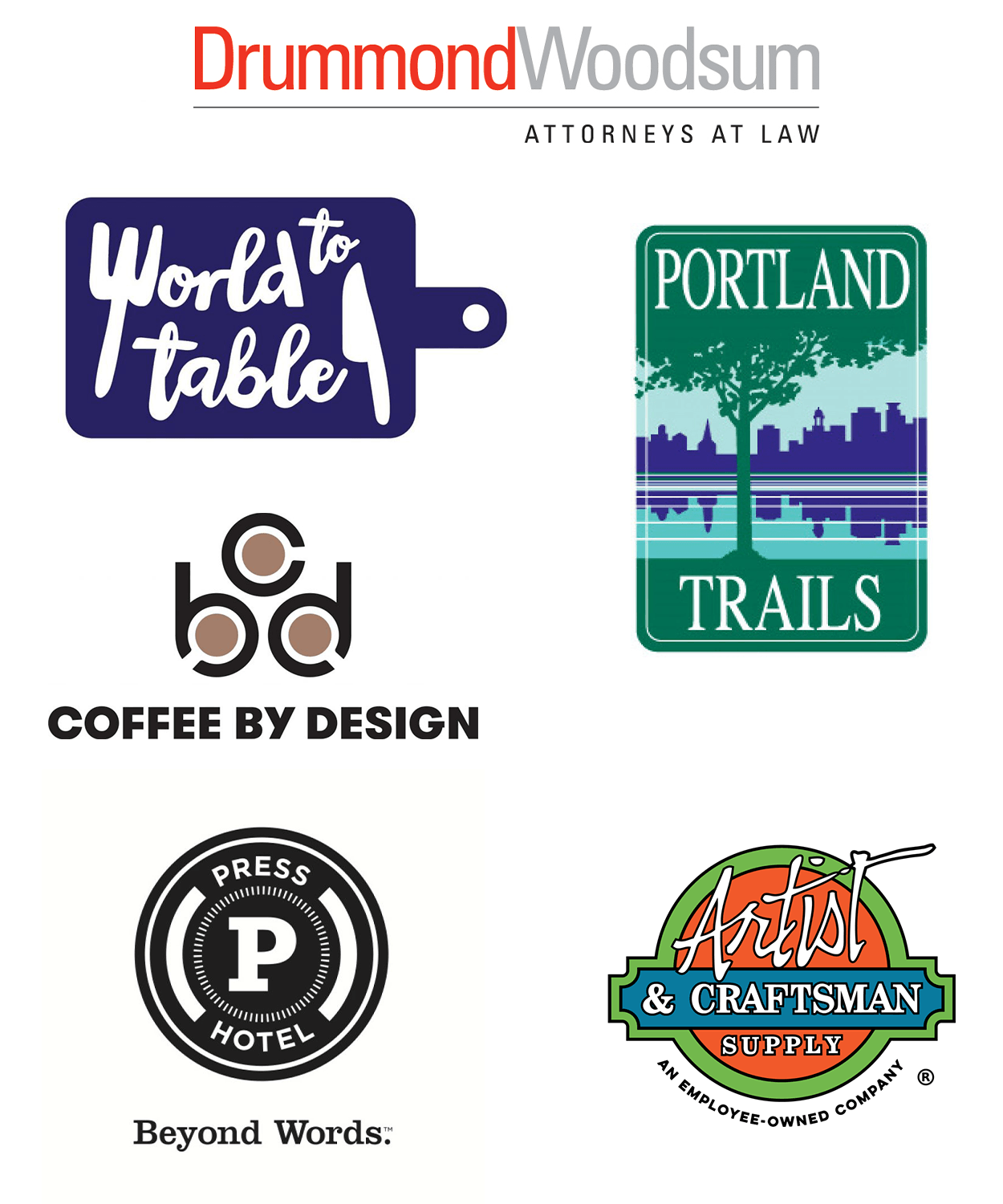