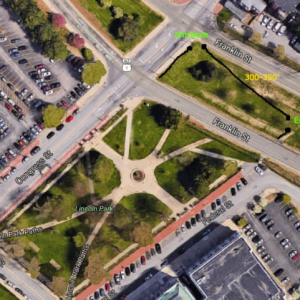 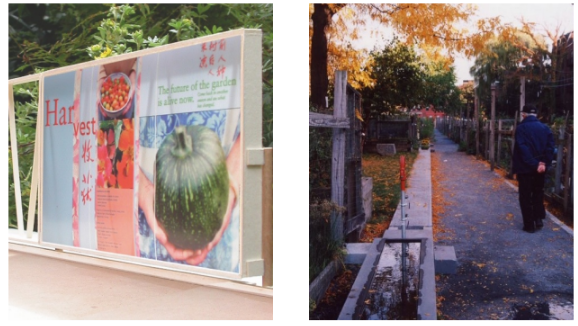 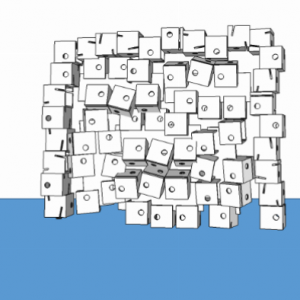 UNDER REVIEW: The American Dream

TEMPOart Portland invites Maine artists to submit proposals for temporary projects to activate Portland’s public spaces during Summer 2017. Up to three artists or artist teams will be awarded $1,000 each, and the submission deadline is February 28, 2017.

The full Call for Artists, including how to apply, can be found here: 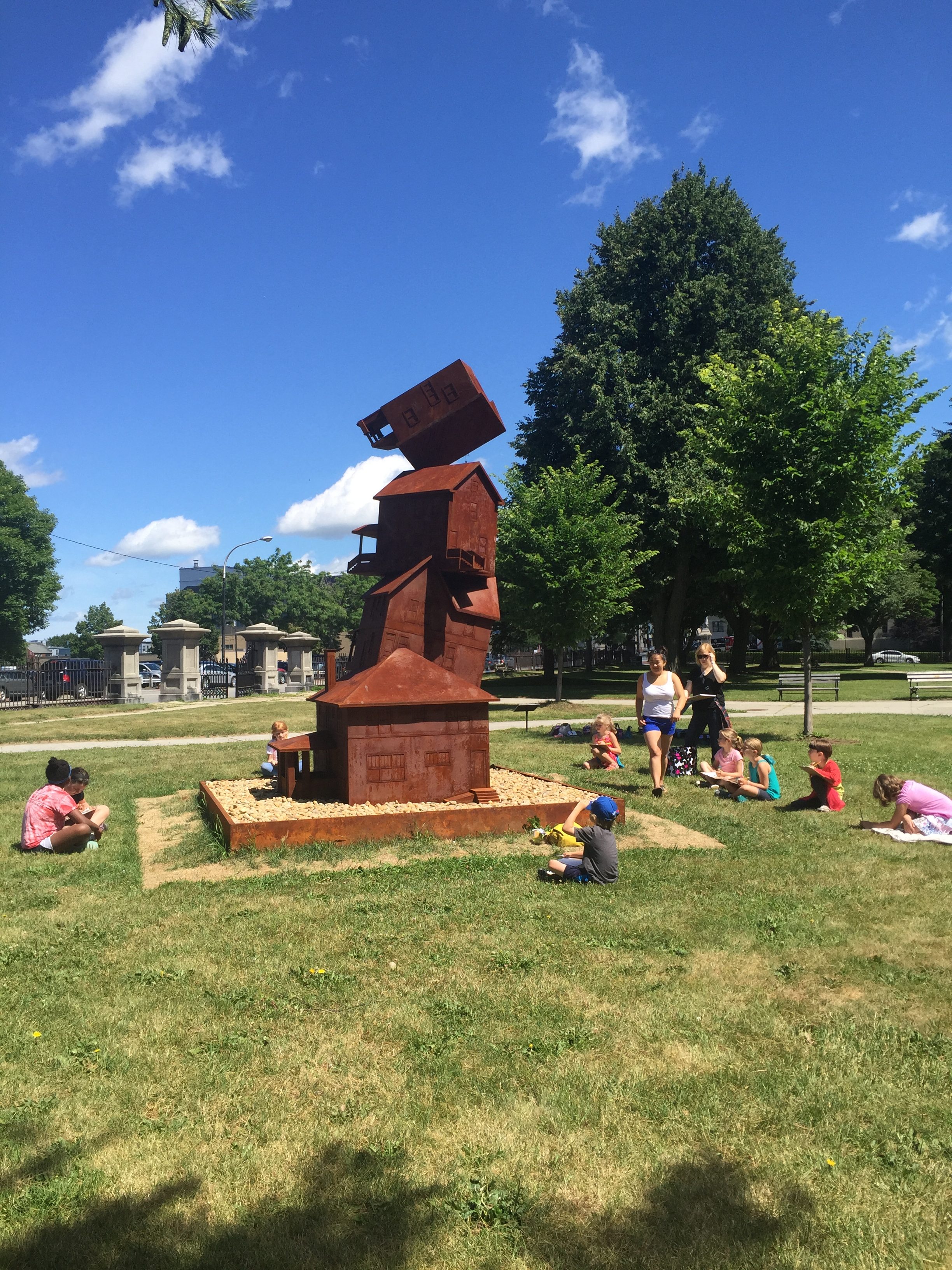 TEMPOArt is pleased to be the latest recipient of a grant from the Morton-Kelly Charitable Trust, a foundation supporting conservation, preservation, culture, and education in Maine. Past grant recipients have included Children’s Museum & Theatre of Maine, Portland Museum of Art, Greater Portland Landmarks and Bowdoin College.
The grant will support administrative support and ongoing educational programming related to  Judith Hoffman’s The American Dream.

Thank you to the Morton-Kelley Charitable Trust!

The sun is shining, the birds are chirping and the smells of sunscreen and hot dogs are filling the air. All of this means summer and TEMPOart’s summer programming are in full swing.

Here is what we have accomplished so far: 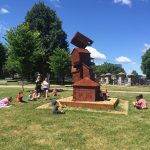 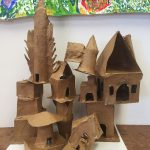 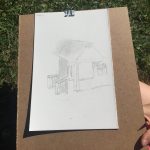 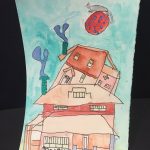 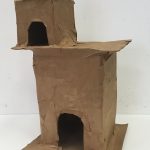 From July 11th to July 15th, Oak Street Studios held their sculpture class as part of its summer camp programs for children. These kids visited the sculpture and made their own totem pieces inspired by Judith Hoffman’s “The American Dream.”

This month and into August, Mayo Street Arts will incorporate the sculpture as inspiration for their RAD! (Reading! Art! Dance!) summer program for children ages 7-11. RAD! improves literacy and encourages creativity through engaging, hands-on learning activities. Mayo Street Arts first visited the sculpture with their class on July 12th and Community Network Television was there to capture this visit and even snagged a few interviews with some of the budding artists. Watch the segment here.

On August 5th, from 5 – 8pm, both the students at Oak Street Studios and Mayo Street Arts will have their pieces exhibited at the park as part of a First Friday Extravaganza. For this, TEMPOart will also be partnering with Greater Portland Landmarks to offer an architectural scavenger hunt of the India Street Neighborhood.

We are pleased to be included in Portland Press Herald’s review of outdoor sculpture in our state. Daniel Kany, Press Herald’s art critic featured our piece, an “exciting, jangly and teetering 12-foot pile of four single-family homes,” alongside the newly unveiled “Digital Man” by Johnathan Borofsky at the Center for Maine Contemporary Art in Rockland.

Both of these pieces and all their 3D glory are just the latest in the recent revival of public sculpture in the state. One just has to take a walk down Congress Street in Portland to see Charlie Hewitt’s 25-foot “Rattles,” Robert Indiana’s “7” or the bricks from the Portland Brick Project.

The Horizon Foundation, based in Portland, Maine, has awarded TEMPOart a $10,000 grant to support public programming associated with “The American Dream” by sculptor Judith Hoffman. The 14-foot-tall steel and enamel sculpture representing typical American homes of different scales, stacked and inverted one on top of another, will be unveiled at 6:00 p.m. on June 3, 2016 as part of Portland’s First Friday Artwalk.

Horizon Foundation supports non-profit organizations that aspire to create and maintain sustainable, vibrant, and resilient communities by enabling children and adults to lead their communities in creative, healthy, and thoughtful ways.

The American Dream is the inaugural project of the privately-funded non-profit group TEMPOart, which selected Hoffman’s work because of its provocative questioning of what the idea of HOME means to our diverse community. The sculpture and TEMPO’s outreach programming are expected to stimulate reflection and dialogue about the fluid meaning of home within the context of the Portland community.

The Horizon grant will help fund TEMPOart’s plans to partner with other arts, education and cultural groups in Portland to reach a variety of audiences over the next twelve months. Collaborations will include:

This just in: Judith Hoffman’s beautiful and fascinating sculpture is on its way to Portland. Here are a two photos of the disassembled, finished artwork before it was packed and loaded for shipment.

Mark your calendar to attend the unveiling in Lincoln Park on Friday, June 3rd, during the First Friday Art Walk. 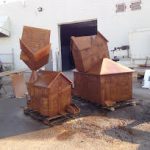 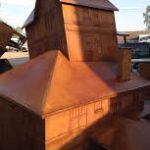 TEMPOart has received some amazing progress photos from artist Judith Hoffman for the sculpture to be installed later this month in Lincoln Park—at the corner of Congress & Franklin Streets. Mark your calendars to attend the unveiling on Friday, June 3rd—and celebrate First Friday with us. 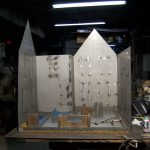 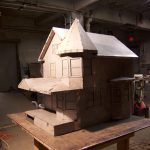 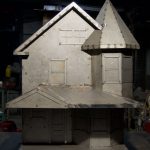 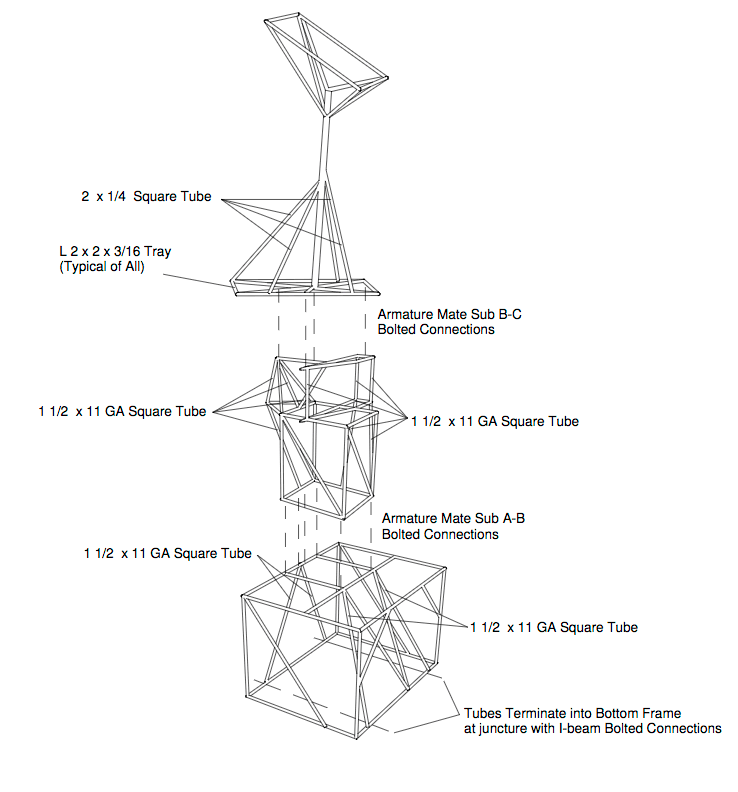 Ziggy Drozdowski is a designer and engineer who recently moved to Portland from the NYC area. With over ten years of experience working in custom mechanical sculpture and adaptive architectural systems, he has recently co-founded the company Common Kinetics, which is dedicated to providing design, engineering and fabrication expertise to large scale sculptural installations. He was initially contacted by TEMPOart at Judith Hoffman’s request for local engineering support and has been working with her, the sculpture fabricator in Detroit, The City of Portland and TEMPOart to ensure that the collective vision for The American Dream is realized. Get more info about Ziggy and his company.

Tuesday, April 26th, was the TEMPOart Community Launch of our inaugural project “The American Dream” by artist Judith Hoffman.

We heard about the importance of public art to communities and their economies, TEMPOart’s goal to bring more beauty to areas of Portland “in transition” and to help raise public awareness and conversation about how change affects our community.

Judith’s sculpture will be installed in late May in Lincoln Park at the corner of Congress and Franklin Streets! Official unveiling will take place on June 3rd, “First Friday,” beginning at 5:00 pm with a celebration to follow. Mark your calendar to join us for this very special occasion. 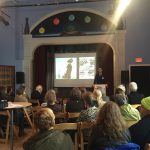 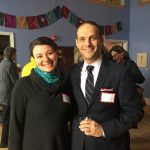 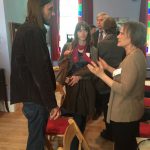 We have extended the deadline for our Request For

Please join us tonight, for our final event in the

A look back at the summer’s previous events as w