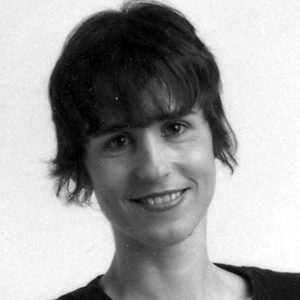 TEMPOart Portland is pleased to announce Christina Lanzl as curator for its 2018 series of public art installations in the Back Cove, a one-mile tidal estuary basin on the northern side of the downtown district. TEMPOart received a strong group of applications from across New England for its 2018 season, which may feature sculptural installations, time-based/durational media and other temporary works that respond to and activate the site. Lanzl was selected because the combination of her experience, vision, network, and record of success set her apart.

Christina Lanzl is a nationally recognized public art curator with two decades of experience. She holds a PhD in art history with a concentration in public art from the University of Munich, and has overseen and curated over 100 public art and cultural planning initiatives in both the public and private sectors. Projects include Art on Hand for the Fort Point Arts Community in Boston, the South Main Mosaic Art Walk in Memphis, TN and curatorial consulting for the sculpture garden of the Knoxville Museum of Art. International endeavors include Kulturpark in Berlin, Germany, a visioning think tank and concurrent series of temporary interventions at an abandoned theme park, and public art for parks and the public realm of the new Shams district on Alreem Island of Abu Dhabi in the United Arab Emirates.

In addition to her work as a curator, public art adviser and cultural planner, Lanzl teaches placemaking and urbanism as well as history/theory in the Department of Architecture at Wentworth Institute of Technology. She is the co-founder of the Urban Culture Institute, the founding co-chair of the Placemaking Network of the Boston Society of Architects/AIA, and a board member of CultureNOW in New York.

Lanzl says that her “deep connection to waterfront cities and the experience of Portland’s rich cultural context, architecture, history, neighborhoods and public spaces available for site-specific installations,” motivated her to apply. TEMPOart Portland looks forward to collaborating with Lanzl in the coming months on the selection of artist/s and the development of the Back Cove project.

Looking for something to do tonight? Craving colle

We are already feeling nostalgic for the incredibl

Please join us for the next event of the summer se

We are saying hello to summer with our event serie